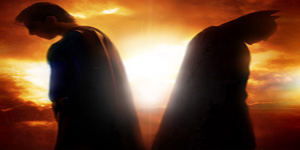 Director Zack Snyder surprised everyone at this year’s San Diego Comic Con with a huge announcement. The next big screen appearance of Superman will include that other caped crusader Batman. This will be the first time that these two superheros will appear together for a live-action, mega-buck, big screen film.

Snyder gave little-to-no details about the storyline but did tease the audience with a simple reading from actor Harry Lennix (Man of Steel, Dollhouse), “I am the man that beat you,” with a combo Superman/Batman logo on the overhead screen. The crowd went nuts!

Snyder did reveal that Henry Cavill will return as the Man of Steel and Amy Adams will also reprise her portrayal of Lois Lane. However, he was mum on who would be taking on the role of Batman.

Film production begins sometime in 2014 with an expected theatrical release in 2015.