After a long gestation period, lots of rumor, false starts and a litany of possible actresses CBS has finally settled on the star for their new “Supergirl” television feature. 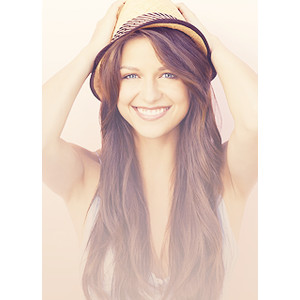 The nod has been given to Glee and Whiplash star Melissa Benoist according to The Hollywood Reporter.

For those new to planet Earth the Supergirl saga centers around the cousin of Superman named Kara Zor-El. She, like her more famous cousin was born on Krypton, escaped the doomed planet before its destruction and found herself orphaned and alone on Earth until adopted by the Danvers, a human family. Like the Kents who raised Superman, the Danvers are also aware of Kara’s unique abilities and raise her as their child (Linda Lee Danvers), protecting her and teaching her how to use her abilities wisely. Unknown to Kara is the fact that her real parents also survived the destruction of Krypton but are not on Earth.

Also like Superman, Kara is forced to hide her true identity behind glasses and pulled-back strict hairstyles and a brunette wig, but unlike him she is ready to bust out of the facade and reveal her true self.

While never catching on with the public as much as her famous cousin Supergirl has captured the hearts of young women for decades, especially in recent times and CBS, along with DC Entertainment felt the time is right for their superheroine to shine and they are convinced Benoist is just the actress to make that happen.

Stay tuned to Slice of SciFi for updates.