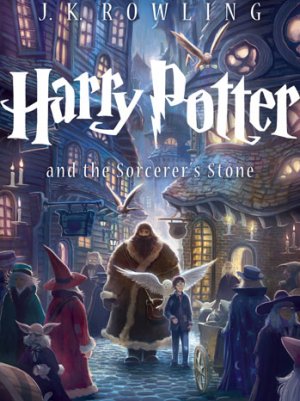 Harry Potter fans, get ready to collect the books all over again.

Scholastic announced yesterday that the popular fantasy series will be re-issued with new covers.

The publisher unveiled the first of the seven new paperback covers with Harry Potter and the Sorcerer’s Stone.

The other books in the series with new covers will be in stores in September 2013 to celebrate the 15th anniversary of the U.S. publication of J. K. Rowling’s Harry Potter and the Sorcerer’s Stone.