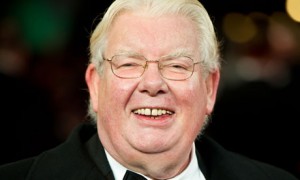 The sad news has come along that Richard Griffiths, known by millions of Harry Potter fans as Uncle Vernon Dursley passed through the veil Thursday, he was 65. This great actor left us due to “complications following heart surgery”, the BBC reports.

Griffiths was far from just Vernon however, the actor was star of not only big and small screens; he also enjoyed a long award winning career on the New York and London stage. In more recent years many of us will recall his playing opposite Daniel Radcliffe in a production of Equus.

The Guardian adds the following from Radcliffe, “Richard was by my side during two of the most important moments of my career. In August 2000, before official production had even begun on Potter, we filmed a shot outside the Dursleys’, which was my first ever shot as Harry. I was nervous and he made me feel at ease. ‘Seven years later, we embarked on Equus together. It was my first time doing a play but, terrified as I was, his encouragement, tutelage and humor made it a joy.”