As filming continues for series seven of Doctor Who, the BBC has released two publicity photos featuring Matt Smith as the Doctor and Jeanna Louise-Coleman as the new, as of yet named companion.

Over the next week, the BBC will release a series of four photos featuring the two stars.

We’ve got the first two below. 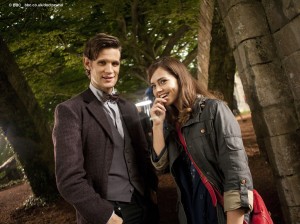 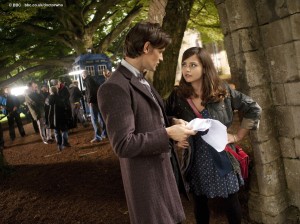 The Doctor's Finest: A Collection of Modern Classics
Exclusive "Doctor Who" Collectibles Debut at Comic-Con
"Doctor Who" Christmas Special Heading to Theaters for First Time
LEGO Doctor Who Set to Materialize in 2015