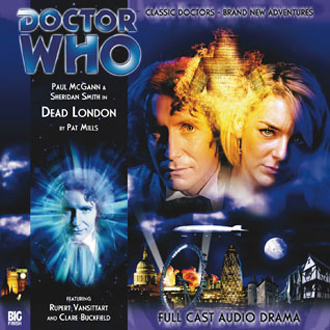 Good news for fans of the audio adventures of the Doctor.

The popular Big Finish audios will continue until at least December of 2010.

Big Finish, who has published monthly audio dramas featuring all of the remaining Doctors from the classic series (with the exception of Tom Baker) for several years now, recently extended their contract with the BBC to continue producing audio dramas in the popular “Doctor Who” line.

The series includes actor Paul McGann continuing his work as the eighth Doctor.   McGann starred in the one-off Fox movie that was intended as a back-door pilot for a new series.  However, it didn’t get picked up, leaving McGann with only one on-screen apperance as Doctor.

But that Big Finish range has worked to make sure that McGann got the run he didn’t on television with a wide range of audio dramas featuring the eighth Doctor.

They’ve also done a lot to expand the line, including the monthly Companion Chronicles, featuring a short story told by one of the Doctor’s companions.  The range has also introduced its own series of companions as well.