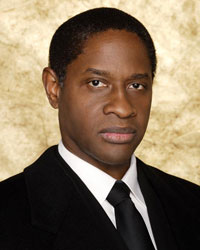 Special Announcement:
It’s time to let your voices be heard and help get Walter Koenig a star on the Hollywood Walk of Fame to honor his long and successful career.

He’s the only member of the original Star Trek cast not to have a star, and we have one more chance to rectify this oversight.

Be sure to mention Walter’s worthiness for the star as a great entertainer and tireless humanitarian.

The letter must go through the regular postal system as emails are not accepted for consideration.

For more information visit the Get Walter Koenig a Star Website

Movie Talk: “The Ruins” tells the story of a group of friends whose leisurely Mexican holiday in Cancun takes a turn for the worse when they, along with a fellow tourist from Germany embark on a search for his missing brother who mysteriously disappeared. They meet up with a scientist friend at a remote archaeological dig in the jungle, where something evil lives among the ruins.

The film’s plot pits this group of young people use to fighting video game battles before screens and keyboards against real jungle creatures, armed Mayans, and a supernatural evil beyond comprehension.

Review: Trampas Whiteman (Dragonlance Canticle) provides us with a review of the recent SciFi Channel miniseries “Tin Man”. Don’t miss this one.

TV Talk: Fox’s “New Amsterdam” is currently slated to pick up the time slot after “Prison Break” once new episodes of “Sarah Connor Chronicles” run out in March, but it may hop timeslots a few more times after it’s debut on March 4.

Interview: Tim Russ, best known for his role of Tuvok on Star Trek: Voyager, and currently starring in “Samantha Who?” on ABC, joins us to talk about directing and acting in Star Trek: Of Gods and Men, of his musical career, and his upcoming appearance at Phoenix Cactus Comicon at the Mesa AZ Convention Center, Jan 25-27 2008.

Future Talk: Leonard Nimoy may have let a spoiler out of the bag for the upcoming JJ Abrams Star Trek feature: we may be seeing Spock in three different time periods. Also, Jennifer Garner, who worked with Abrams in “Alias” would love to have a background cameo as a Klingon in the movie… you never know!

Link: Star Trek: Of Gods and Men
Promo: The Babylon Podcast: All the Babylon 5 You Can Geek About
Promo: PodCulture: Equal Opportunity Geekness