Speculative fiction stories that manage to successfully include suspense or thriller elements that complement the story rather than serve as distracting action sequences elevate those stories on multiple levels, and Prodigy is a movie that succeeds with that approach.

We meet psychologist Dr James Fonda while he’s in a park, playing chess against himself, when he’s approached by Olivia, a former colleague (and current government agent) seeking a desperate favor. It’s her last ditch effort to get someone to evaluate and hopefully break through to a subject who’s in a unique position to devastate or destroy a facility Olivia runs.

What starts out as a tense push & pull interaction between a psychologist experienced in working with troubled children and disturbed 9-year-old girl with genius level intellect slowly develops into something more. As the session continues, James and the young girl, Ellie, continue to make their opening moves, testing each other’s tendencies and weaknesses. 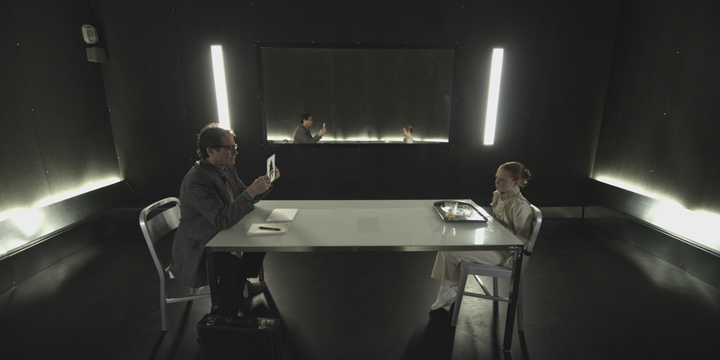 When we discover that Ellie has supernatural abilities beyond what anyone’s encountered before, and that Birch, the military commander of the facility is at odds with Olivia on how to handle Ellie, the stakes are raised even higher: Birch believes that euthanasia is the only way to end the threat he believes Ellie poses to the facility and to national security.

Olivia believes that James’ skills as a psychologist is not only her last chance to keep things at the facility under control, but to also save Ellie’s life and that’s when the real game begins: can James break through to Ellie or will his methods cost them everything? 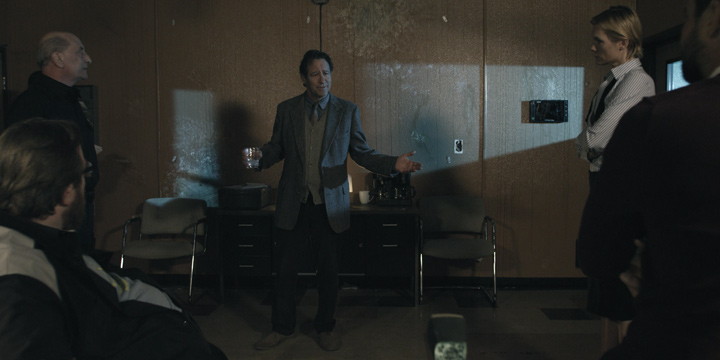 The story unfolds much like an example of game theory. James uses a real chess game with Ellie as a pathway into her psyche, where the real game is played between James’ empathy and Ellie’s intellect and anger. The audience is in the same discovery mode that James is in, going at Ellie using his instincts rather than relying on the observations of previous therapists who had made no progress with the her, possibly even making the girl’s attitude and anger worse.

For the audience, everything is unknown and slowly revealed, as in how the chess game being played by Ellie and James runs parallel to the emotional chess game James is playing with Ellie, in an effort to get her to open up about her anger and armor and perhaps save her life. The audience becomes involved in the same game of discovery: discovering Ellie’s secrets, discovering what the potential end games are of all the parties involved, and seeing which end game wins out.

Science fiction fans may make connections between Prodigy and Firestarter, which also portrays a secret government testing facility trying to probe the abilities of an unusually gifted young girl. There’s even a parallel that can be drawn between Ellie and Firefly’s River Tam, and the anonymous military research group determined to use the powers of the girl in their custody, or eliminate her before she can be a threat to them. 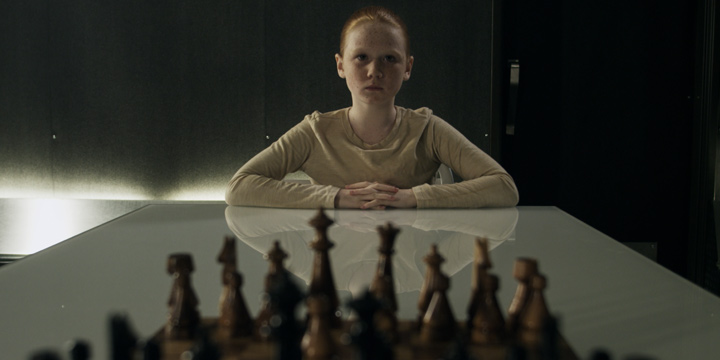 The small setting, one lab and control room, and how the claustrophobia of that setting enhances the tension between all involved only adds to the compelling nature of the story, and the superb acting on the parts of Richard Neil (James) and Savannah Liles (Ellie) makes it impossible not to watch them. It’s a wonderful example of how to effectively use a smaller budget to focus on the heart of the movie, story rather than the special effects.

Prodigy opens slowly, and some science fiction fans may get impatient with the pacing and information reveals in the first part of the film, but like good opening gambits, it’s about getting all the key pieces into position before the real game gets underway. And the end game is well worth the build up, and the movie well worth watching.

A secret branch of the military calls upon psychologist James Fonda to take the case of a dangerous patient, nine-year-old Ellie. As their session begins, the young girl dissects Dr. Fonda’s unconventional methods, revealing her genius-level intellect. Only by challenging her to a battle of wits does Fonda begin to unravel the supernatural mystery surrounding Ellie — a deadly secret that threatens to destroy them both.

Prodigy opens slowly, and some science fiction fans may get impatient with the pacing and information reveals in the first part of the film, but like good opening gambits, it’s about getting all the key pieces into position before the real game gets underway. And the end game is well worth the build up, and the movie well worth watching.