Slice of SciFi recently spoke with the Ramsay brothers Alston and Julian (TV series The Walking Dead; Scream, Battlestar Galactica) and about their film Midnighters, an official selection of the Los Angeles Film Festival for a future feature.

As film lovers, we here at Slice of SciFi are always excited about a chance to talk to actors, directors and screenwriters. Both Alton and Julian Ramsey as well as lead actress, Alex Essoe shared a glimpse behind the scenes of Midnighters.

The Ramsay brothers each pointed to a “bizarre news article about a hit and run where the victim got stuck in the [car] window and the driver went home and left the person alive, stuck in the window, bleeding out over several days…and the driver could hear the screams from inside her house but never called the police” as sparking the ideas that ultimately became Midnighters. 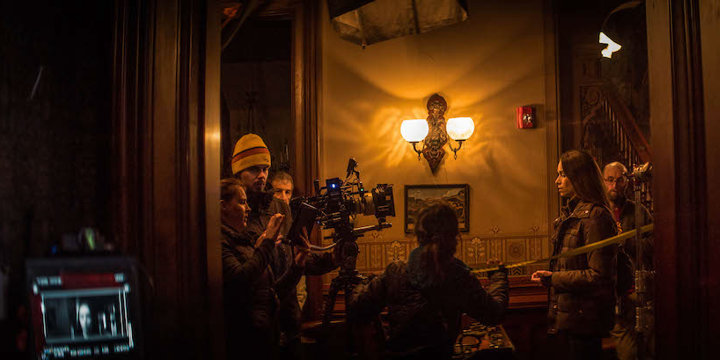 With such screenplay inspiration and a desire to take their characters on a dark and twisted “journey of self-discovery”, it’s no wonder LAFF Programmer, Mark Maynard describes the film as “uncompromising and intense.”

Midnighters is a horror/thriller revolving around husband and wife, Lindsey and Jeff Pittman, their conflict-riddled marriage and the twisted events that spiral out of control after an accident on the drive home from a New Year’s party leaves them with a dead body at their feet. Panic, lies and their deadly consequences put this relationship to the test.

Nothing and no one is what it seems, and once Lindsey’s sister Hannah comes home, the night takes a turn for the worse.

Midnighters makes its World Premiere and theatrical debut, during the Nightfall section of LAFF, featuring horror and genre films, on June 19th 9:35 PM at the Arclight Culver City.