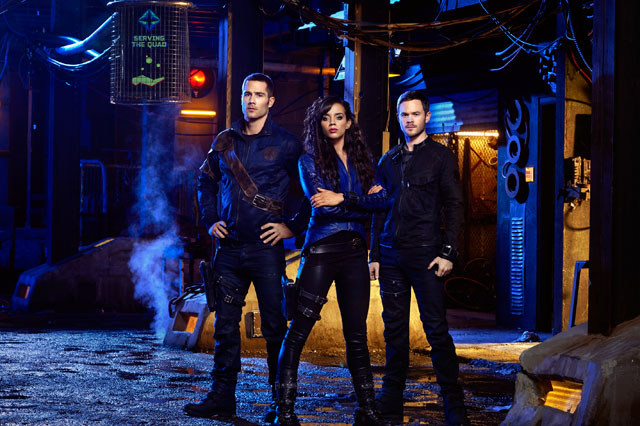 Killjoys follows a trio of interplanetary bounty hunters who chase deadly Warrants (fugitives) throughout the Quad, a distant planetary system on the brink of a bloody class war. The series stars Hannah John-Kamen as Dutch, Luke Macfarlane as D’avin and Aaron Ashmore as John.

Killjoys is produced by Temple Street Productions in association with Space and Syfy. Creator and showrunner Lovretta serves as executive producer and writer. Executive producers are David Fortier, Ivan Schneeberg and Karen Troubetzkoy. 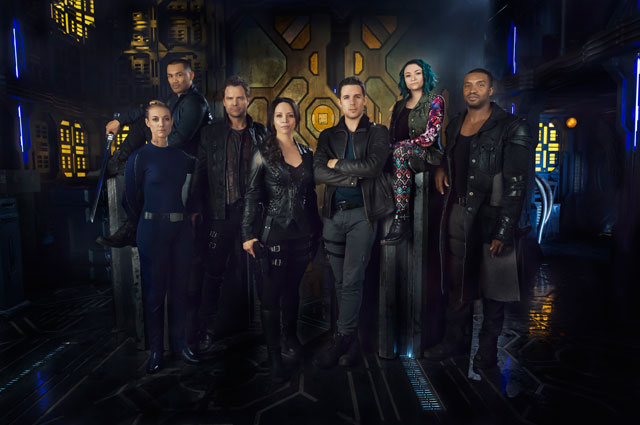 Dark Matter follows six people who wake up on a derelict spaceship with no memories of who they are or how they got on board, and stars Melissa O’Neil, Marc Bendavid, Anthony Lemke, Alex Mallari Jr. and Jodelle Ferland with Roger Cross and Zoie Palmer.

Dark Matter was created by Joseph Mallozzi and Paul Mullie, executive producers and writers of the Stargate franchise, and developed with Prodigy Pictures (Lost Girl), and is based on Mallozzi and Mullie’s graphic novel of the same name, published by Dark Horse Comics.