As part of the first-day-of-issue ceremony hosted by comic book writer, actor and radio personality Ralph Garman, the eight commemorative Batman designs were revealed depicting Batman from the four distinct eras of comic book history to include the various incarnations of the famed Bat emblem. 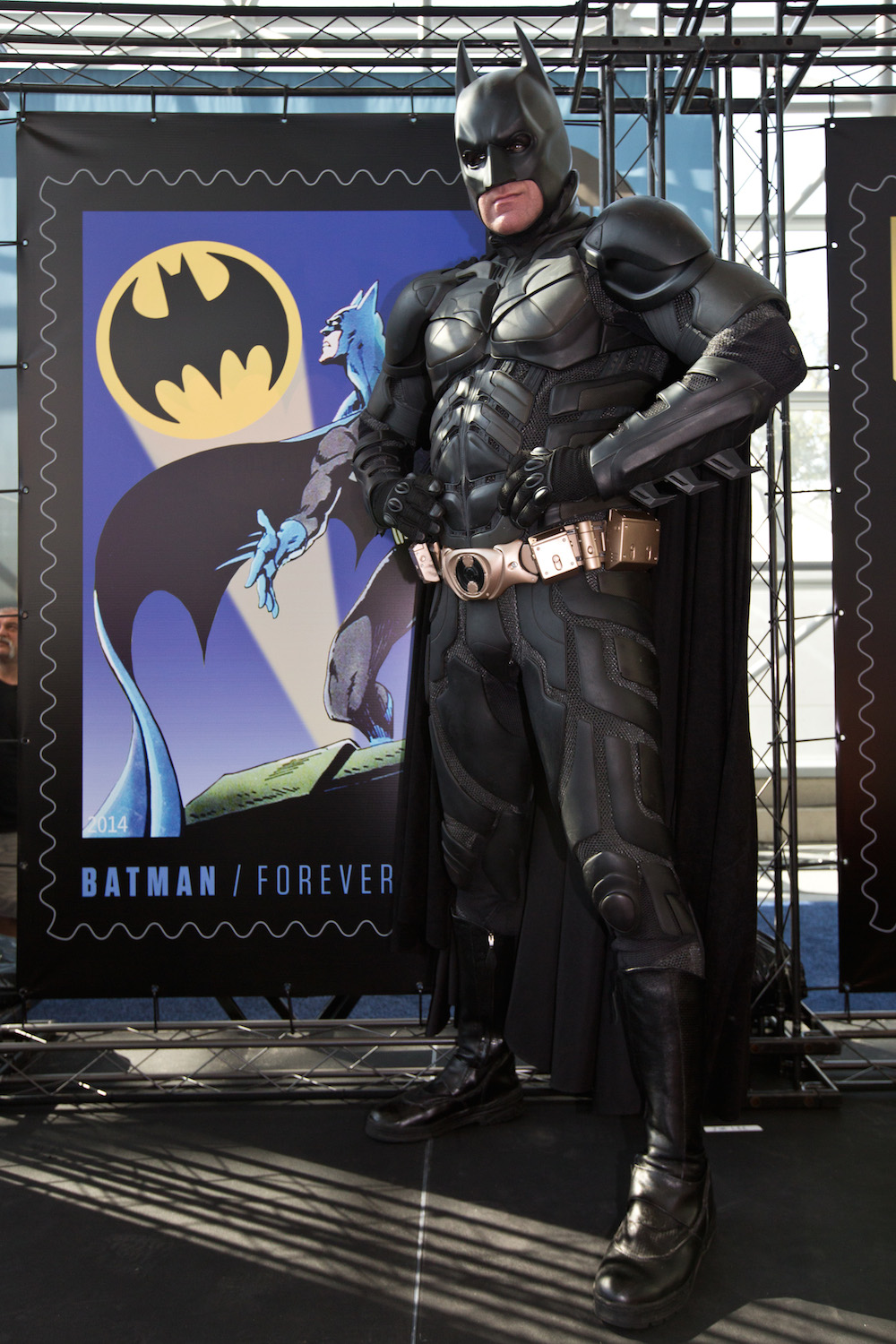