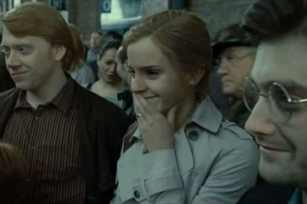 Ever wonder what became of the adult Harry Potter? His creator, J.K. Rowling wondered too so created a short story around her most famous character showing him in his mid-thirties and battling, not monsters or dark wizards, but a receding hairline and the beginnings of silver-gray hair.

Rowling has written a 1,500-word short story about Potter and the old gang as they are back together several years later for a Hogwarts school reunion. Fans are updated on the lives of Potter, Weasley, Hermione and others from an article in Hogwarts’ Daily Prophet written by the school’s gossip columnist, Rita Skeeter.

I don’t want to give any of the juicy details away so Potter fans can go to the Pottermore website and read it for themselves. Don’t worry, those famous glasses are still firmly attached to that aging but boyish face.