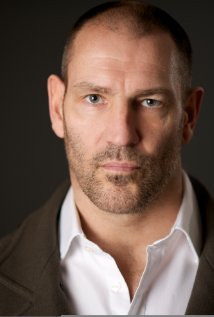 Fifty-One year old Dave Legeno is not a household name but the actor was one of today’s most sought after character actors. He began his career as a professional UFC cage fighter but put that on hold to pursue acting.

Legeno was found dead in a very remote part of California’s Death Valley from apparent heat exhaustion. It is surmised that he was hiking on vacation through that popular but treacherous part of the world. His body was found by a couple of hikers also making the same trek through the desert area, according to the Inyo County Sheriff’s Department.

Legeno is probably best known for portraying Fenrir Greyback, the werewolf in several of the Harry Potter films and provided the voice for the same character in two of the Potter video games.

His list of film credits include Snatch with Brad Pitt and Jason Statham, the role of Guidebaldo de Montefeltro in the Borgia TV series, a stint on Ripper Street and the Titanic miniseries and the MI-5 British television show. He even starred as one of the League of Shadow Warriors for the 2005 Batman Begins film and as Tudor for the EastEnders.

Legeno currently has three films in various stages of production — Petroleum Spirit, Sword of Vengeance and The Last Knights — all due out in theaters between now and sometime in 2015.