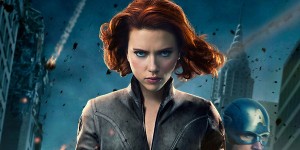 Black Widow will get her own spotlight on the big screen according to Marvel Studios.

Actress Scarlett Johansson will be featured in this stand-alone film that will focus entirely on the Avenger super-heroine.

Marvel Studio kingpin Kevin Feige told gathered reporters that his desire to bring Black Widow to the forefront has been a long time coming and that soon after the release of Iron Man 2 he began discussions with Johansson about the idea of a solo movie.

Marvel still has two Avenger character films to be released before serious work on a Black Widow vehicle can be tackled full bore. On April 4, 2014 Captain America: The Winter Soldier will hit theaters worldwide followed by The Avengers: Age of Ultron sometime in 2015. In both these upcoming features Black Widow will be a prominent character giving more of her backstory and setting the stage for her own movie.

What We Liked in 2019
Brandon Easton: Writing the Worlds We Want to Live In
"Marvel's Runaways" Season 3 will be its last
First Look: "Dark Phoenix"