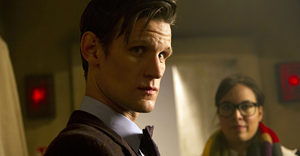 Doctor Who, in the twenty-first century, has played a key role in the BBC’s strategies to assert the continuing value of its public service remit against the fragmentation of television audiences in the multi-channel age. Joseph Oldham explains how this has been accomplished by drawing upon the traditions of public service and national address associated with an age of television from which Doctor Who first emerged.

Doctor Who’s origins in the early 1960s lie in a period when British television was structured as a duopoly, with a public service broadcaster (the BBC) and its single commercial rival (ITV), a situation that remained constant (aside from the addition of a second BBC channel in 1964) until the beginning of the 1980s.

In 1988, Paddy Scannell described how broadcasting, according to this traditional model, ‘brought together for a radically new kind of general public the elements of a culture-in-common (national and transnational) for all’.1 In its original conception, Doctor Who can be seen as a product of this landscape, with the broad family audience associated with its traditional Saturday teatime slot commonly seen as integral to its success. However, its creation can also be seen as part of a drive for the BBC to become more competitive in the face of the ratings success enjoyed by its new rival, ITV. Sydney Newman, the BBC Head of Drama (1962-67) who devised the series’ initial concept, was recruited by the BBC for his experience in commercial television, and Doctor Who itself was, partly, designed to deliver something more modern to the format of the children’s serial. Thus, at its inception, Doctor Who can be seen to have occupied a peculiar ground between the values of public service and a more populist appeal.

By the 1980s however, when Doctor Who’s original run hit a decline in popularity, the longstanding ‘scarcity’ of the broadcasting landscape was being eroded by an increasingly fragmented, multi-channel model. This, in part, resulted from a more commercial conception of television in line with the ‘free market’ philosophy of Margaret Thatcher’s Conservative government. Whilst many commentators have celebrated this shift in terms of ‘choice’ and ‘liberation’ for the viewer, others have bemoaned the declining centrality of public service traditions. Scannell, for example, warned of the potential fragmentation of the general television public “into particular taste publics whom advertisers are increasingly keen to target. In so doing it destroys the principle of equality of access for all to entertainment, informational and cultural resources in a common public domain”.2 With the license fee remaining as its key source of funding, the biggest challenge faced by the BBC over subsequent years has been finding ways to retain the validity of its public service remit, whilst coming under pressure from the government to maintain a high audience share in the increasingly competitive broadcasting environment.

The beginning of the new millennium saw the arrival of Greg Dyke as director-general of the BBC, instigating what has widely been seen as a new direction for the corporation, and setting the restoration of BBC 1 as a particular priority.

Read the rest of Oldham’s thoughts on this subject at the Warwick KnowlegeCentre.