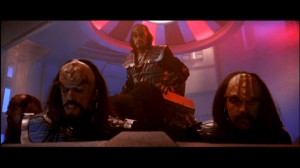 If you want to search for Spock, you’d better get the physical disc.

Netflix has removed Star Trek III: The Search for Spock from its streaming service.  But it’s not because the distribution rights for the third Trek installment have expired.  It’s because the subtitle track  for the dialogue spoken in Klingon and Vulcan isn’t correct.

Netflix has pulled the film so that more accurate subtitles can be created for the film.

According to the Radio Times, Netflix will create a new subtitle track and will translate the dialogue used by various characters in both languages for the new version.

The movie is expected back on the site within a week.

At which points fans will be expected to pull out their Klingon dictionaries and immediately nitpick the new subtitles.