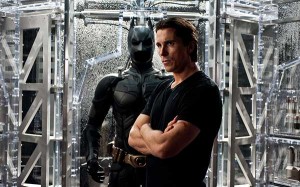 Close to a decade after he revitalized the Batman franchise, director Christopher Nolan brings his more grounded take on the Dark Knight to a close with a triumphant film that not only ranks as one of the best super hero movies ever made but as one of the best films of the year–superhero or otherwise.

The Dark Knight Rises is a triumph and one that the minute you’re done seeing it, you’ll want to see it several more times.

Opening eight years after the close of The Dark Knight, Rises finds Gotham enjoying a huge drop in crime thanks to legislation passed in honor of Harvey Dent.   But the decision to allow Batman to take the fall instead of revealing what happened to Dent in his final hours haunts both the reclusive Bruce Wayne, who has given up the Bat-mantle and Commissioner Jim Gordon.    Gordon is wracked by guilt and Wayne is tortured by memories of Rachel and her death.

After Gordon is critically wounded and a speech revealing the truth about Dent falls into the hands of mercenary for hire Bane, Bruce Wayne and his alter ego are drawn back out by cat burglar Selina Kyle and Bane himself.    The first hour of Rises puts all the pieces into play and the final hour and forty-five minutes sews not only the foundations laid in this film together but also masterfully brings in moments from the first two films in the saga.  In fact, you may want to spend a couple of hours familiarizing yourself again with the first two installments of the trilogy before you check out Rises.   Nolan and company provide a lot of rewards and call-backs.

Rises lacks the sheer gusto of Heath Ledger’s work as the Joker in The Dark Knight,  but it makes up for it with no less than four major adversaries for Christian Bale’s Batman in this one.   Tom Hardy carries the bulk of this as Bane, who’ isn’t nearly as compelling a character as the Joker was, but is instead a virtually unstoppable physical force the likes of which the Nolan Batman hasn’t faced.    I won’t reveal all the villains in the movie (though if you’re familiar with your Batman lore, you’ll figure out who’s who long before the script reveals certain identities) but I will say that Nolan bring all the pieces together in a satisfying way.

While some of the villain’s identities won’t shock you, what will is how Nolan and company weave the story together.  Halfway through the film, Nolan and company will have you wondering just how they’re going to pull all of this off and where it will all end.    Like Bruce Wayne, we will wonder if and how he and Gotham can, will or even should be redeemed. It all culminates in a final forty-five minutes that  will have you on the edge of your seat one moment and then fighting back a lump in your throat the next.

And while it’s not a perfect film, Rises is still the kind of film that will have you buzzing and contemplating it long after the credits have finished rolling.   As a culmination of everything Nolan and company have done in the Batman universe, it’s a very satisfying end to one of the best superhero series in cinema history.  And just like the first two installments in the series, you’ll find yourself wishing Nolan would play in the Batman sandbox just a little more.

Nolan and company have done the seemingly impossible–they’ve made a great third installment in a movie franchise.