Looking for details on the new companion on the upcoming series of Doctor Who? So, are a lot of fans.

What we can tell you is that the new companion played by actress Jenna-Louise Coleman will be a bit of mystery. Producer Steven Moffat says that he wants to have a sense of mystery to the new companion and he and the production team are keeping mum on the details.

“Who she’s playing, how the Doctor meets her, and even where he finds her, are all part of one of the biggest mysteries the Time Lord ever encounters. Even by the Doctor’s standards, this isn’t your usual boy meets girl,” Moffat says.

Moffat added that Amy and Rory will be written out of the series in the fifth episode of the new series, which airs later this year. We know that the upcoming series will run 14 episodes, six to run later this year and eight in 2013.

BBC America released the first official publicity stills of Coleman with the TARDIS in the background last week. 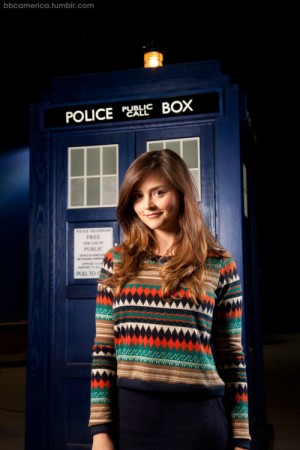