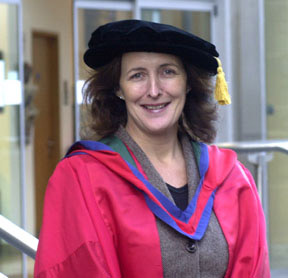 Irish actress Fiona Shaw has signed on for the upcoming fourth season of HBO’s “True Blood.”

According to Deadline, Shaw will play Marnie, a shy and self-loathing medium and palm reader. Marnie is eventually possessed by a powerful witch.

The character was reportedly originally supposed to be younger but is being changed for Shaw.

Shaw is best known for playing Aunt Petunia in the “Harry Potter” movies.