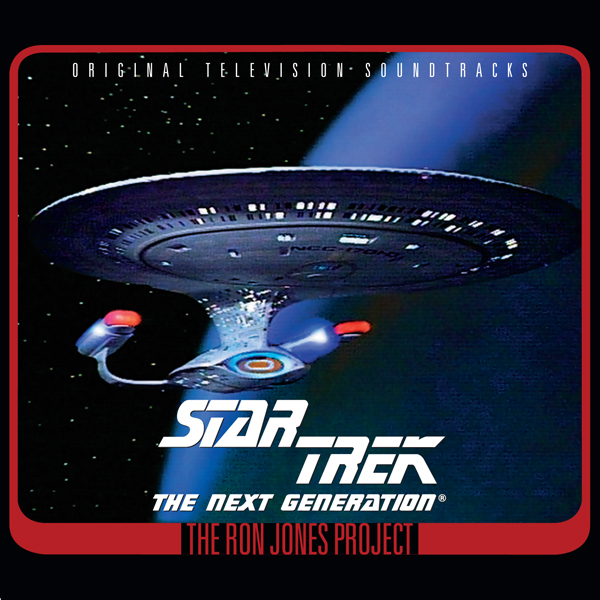 Composer Ron Jones has composed some of the most memorable incidental music featured in modern “Star Trek.”

Fans have been able to purchase a few selected highlights of his work over the years, but this month Film Score Monthly offers a 14 CD set, covering Jones’ work on “Star Trek: The Next Generation.”

Here’s the information from Film Score:

Film Score Monthly’s fifth box set is devoted to a single composer: Star Trek: The Next Generation—The Ron Jones Project is a mammoth, 14CD collection of 40 complete episode scores by Ron Jones for the first four years of Star Trek: The Next Generation (1987-1991), plus bonus tracks from Jones’s two-part “The Best of Both Worlds” (already available on CD) and two Interplay computer games, Starfleet Academy (1997) and Starfleet Command (1999).

Star Trek is one of the world’s most famous franchises, with over 40 years of television series and feature films. The second live-action series, Star Trek: The Next Generation, was the first to demonstrate that the show’s concept and ideals could translate to a new cast of characters. FSM’s box set is a huge leap forward in making available the series’ best music.

Several gifted composers worked on ST:TNG, including Ron Jones, who scored 42 episodes over the series’ first four seasons—including fan-favorites such as “Where No One Has Gone Before,” “11001001,” “Heart of Glory,” “Q Who,” “Who Watches the Watchers,” “The Defector,” “The Best of Both Worlds,” “Brothers” and “Final Mission.”

Jones distinguished himself with a dynamic and cinematic style, inspired by film music titans such as Jerry Goldsmith, John Williams and Bernard Herrmann, in which he sought to provide each and every episode with its own theme and sound. He diligently analyzed each story’s literary themes and characters in order to come up with exactly the right melody or orchestration. From his imaginative themes for Star Trek’s alien races, tender emotional scoring, cutting-edge electronics and magnificent “space opera” battle music, this is some of the best music ever written not just for Star Trek, but for television.

Due to licensing restrictions, there will not be any download sales or individual releases of the discs. (At $149.95, this box set contains over 16 hours of music—all in immaculate stereo—and costs the equivalent of $10.71 per disc.) At 5,000 units, it is limited, but there should be enough copies available for everyone who is interested.

Rarely has a labor of love on the part of the record company resulted in an album that will be of interest to so many fans, and yield so much listening pleasure. Ron Jones has fielded requests for these scores for over two decades (including from the CD producers), and finally they are all available—in their entirety. Please see the online notes and begin reading about this exceptional talent and his wonderful scores.