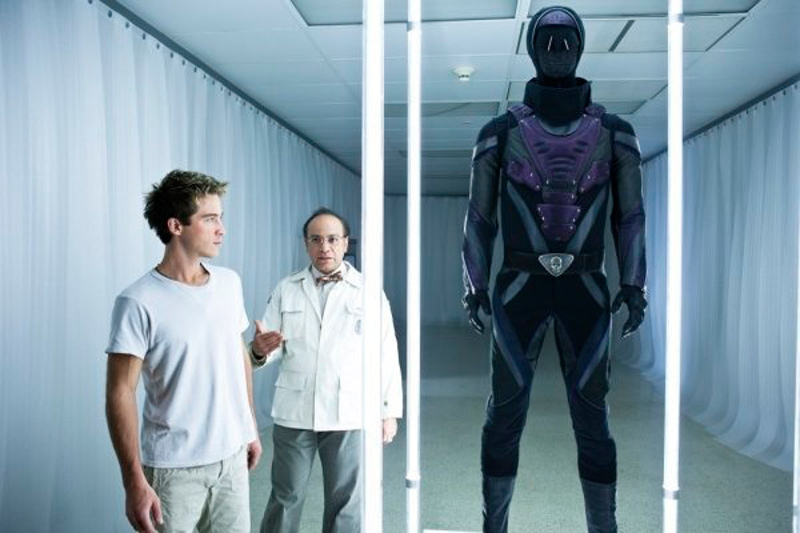 Throughout its history, SyFy has tried to revitalize or rebuild a number of genre franchises with varying degrees of success. Battlestar Galactica was a home run, while their two attempts to build a series around Philip Jose Farmer’s Riverworld books have left a lot to be desired.

Falling somewhere in the middle of that pack is their latest revival attempt, the two-part, four-hour miniseries The Phantom.

Set in modern day, the mini-series is the origin story for the latest incarnation of the Phantom, played by Ryan Carnes. Orphaned when his mother is killed in a car accident, Chris Moore is the latest descend of Kit Walker, whose duty is to take on the role of the Phantom. As things begins, Moore is unaware of his heritage or destiny, but is instead a law student getting ready to graduate. He’s also met a great new girl, Renee Davidson who’s a paramedic and who’s father is a police officer.

When his adopted parents are killed, Moore learns his calling and is taken to the jungles of Bengalla to train for his role as the twenty-second Phantom. Meanwhile, Renee is curious about why he vanished so quickly and she and her police officer father began to look into things.

As if that weren’t enough, the Singh Brotherhood is out to destroy the Phantom and undermine the process of world peace by use of a new hypnotic effect that creates assassins using messages sent via cable boxes.

As an extended pilot for a possible series, The Phantom has its moments, mostly in the second half once the heavy lifting of introducing audiences to the world and mythology of the Phantom is done. Interestingly, the series quickly discards the classic looks Phantom costume for a newer, more modern look that has a lot more bells and whistles. It’s an interesting look, but given how iconic and associated with the character the original purple costume is, it can be a bit disconcerting at first.

The mini-series also serves to introduce some minor character arcs that could be picked up should the show go to series. Jean Marchand’s work as mentor Abel Vandermaark is a highlight of the first part of the mini-series but the character rapidly becomes less and less interesting as the story moves forward. For much of the middle portion of the series, it feels like Vandermaark is there to spout reminders to Chris of his destiny and to remind him of the long history of the Phantom.

However, there is enough potential for a solid series here should SyFy choose to follow-up on it. The Phantom is one of several projects the network picked up as a potential back-door pilot. The Phantom works far better than the regrettable second attempt at a RiverWorld series earlier this year, but the fact that SyFy is burning off all four hours on Father’s Day may mean there isn’t much hope we’ll be revisiting the universe and this cast any time soon.

I guess they have to make time for wrestling somehow….