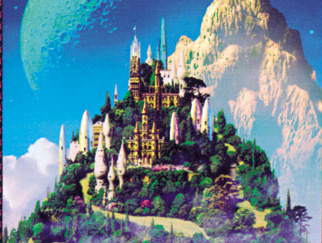 In April 2002 the SCI FI Channel had issued a press release that gave a listing of all their ambitious miniseries projects. One of those was to be a 4-hour miniseries based on the “The Complete Amber Chronicles,” written by the late Roger Zelazny.

Since that original, one-time notice, little or nothing has been said about SCI FI’s plans for the series.

What I do know is Zelazny’s 10-part chronicle has earned a place as one of fantasy literature’s all-time classics and deserves a well intentioned miniseries or, better still, a franchise of films for the big screen created by a major film studio. If SCI FI has backed down from its proposal of 6 years ago to make the miniseries due to its inability to do the books justice, then I hail them for not slighting fans by creating a less than honorable visual rendition of the books. However, regardless of SCI FI’s reasons, I also think that fans deserve an update from the cable channel on the future of this enterprise.