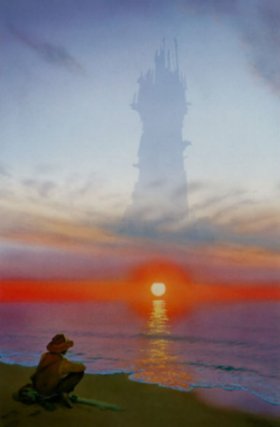 The good news for fans of Stephen King’s “The Dark Tower” series is that J.J. Abrams is interested in bringing the seven volume series to life. The bad news is we’ll have to wait until “Lost” is wrapped before Abrams can turn his attention to the best-selling novels.

“The Dark Tower is to me every bit as daunting an adaptation as the “Lord of the Rings” trilogy must have been for Peter Jackson, except we’ve got seven books we’re looking at. And the idea of doing that at the same time Carlton [Cuse] and I are bringing “Lost” to a close is simply not viable,” Abrams told AMC.Â

“There are always Dark Tower conversations, but the figuring out of what this will look like as a movie has not begun,” he continued.Â “If The Dark Tower were in the right hands, I would love to see seven movies executed just right. But you have to get people to see the first one to get them to come and see the second one.”

But before “Dark Tower” gets off the ground, Abrams will be overseeing two high-profile projects, “Lost” and next year’s “Star Trek.”

Talking about the “Trek” franchise, Abrams says that he has worked to show “real reverance” for the original material and that when he started the project, he looked at the state of “Trek” to determine how to approach the material.

I think it’s like how with Batman, it got to the point where there was more press about the nipples on the Batsuit than there was about the characters, and the franchise needed a reboot,” Abrams said.

“It’s an incredibly ambitious movie on a technical scale. I can say with confidence that we achieved what we set out to achieve, and that’s all you can ask for,” he added.”

As for the on-going controversy over whether or not William Shatner should appear as Captain James T. Kirk in the film, Abrams said, “Mr. Shatner created Kirk, so I understand and sympathize with his feelings about what his role — or lack of a role — in our movie was. That being said, Kirk died; he fell down a cliff face. That made it incredibly challenging for us to tell the story we wanted to tell and figure out a way for William Shatner, who is now several years older than Kirk was when he died, to be in the movie.”