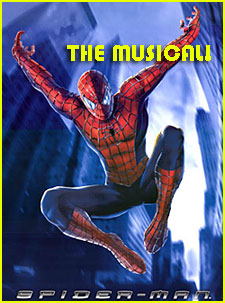 Oh sure, you can make webs come out of your wrists and climb, unaided, up the side of a 100 story building…but, can you sing and dance?

You’ll need to be able to do all that if you want to get the lead for the new Tony winner Julie Taymor musical “Spider-Man.”

Auditions for the part of Peter Parker and Mary Jane Watson are being held on July 28th in Manhattan from 10AM to 5PM ET at The Knitting Factory on 74 Leonard Street.

This will be a major Broadway production with Taymor (“The Lion King”) set to direct the musical and Marvel onboard as one of the stage show’s producers.

For Spider Man you need to be a male approximately 16-20’s, a great rock ‘n roll voice. If your shooting for Mary Jane’s role you need to be a 16 to 20-something female who can sing and have that cute girl-next-door look about you. There is also a third role up for grabs simply described as The Principal Woman.

Bring your Spidey-suit and dancing shows.