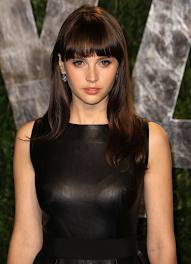 Actress Felicity Jones has joined the cast for The Amazing Spider-Man 2.

While we don’t yet know which character from the Spider-Man universe that Jones will play, early speculation indicates she could play Felicia Hardy, otherwise known as the Black Cat.

This would be a third romantically linked figure from Peter Parker’s life in the second installment.  Emma Stone will be back as Gwen Stacy and Mary Jane Watson is also part of the second film.  The current rumor indicates that M.J. would only be introduced in the upcoming film and have a bigger role in the third installment.

Jones was previously linked to a role in Captain America: The Winter Soldier.  But that role ended up going to Emily VanCamp.