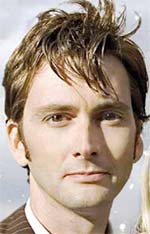 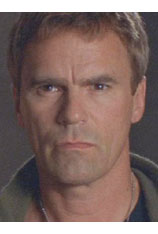 There is some concern over at the BBC with the 2007 edition of the Guinness Book of World Records. It would seem that “Doctor Who,” the recognized leader as far as number of episodes, should be listed as the all-time number one SF show on television and should be mentioned as such in this newest record establishing volume. And, while it does have Who listed it isn’t what all fans were expecting.

The BBC went to Tom Spilsbury, assistant editor of Doctor Who Magazine, to figure the stats out for the fans. It would appear that the good Doctor has racked up a prestigious 723 episodes in its 43 year history of on and off again production.

This has fans wondering why Guinness has “Stargate SG-1,” with its 10-year, obviously lower, 203 episodes listed as the longest running scifi show in television history. Not just U.S. history mind you, but all of television history.

While we still await an answer from the fine folks at Guinness who spend their waking hours tallying up these kinds of decisions, it may have something to do with that tricky little word “consecutive” in their decision-making process. While the Doctor has certainly been a fixture in scifi fan’s lives for 40 years now, he has not been consistently on the television airways with new episodes during that entire 40 year period, and that may have played into the volume’s choice.

Regardless of the reasons given, fans are still asking “Why isn’t Doctor Who given this record, when the program had a new series of episodes every year without fail between 1963 and 1989, racking up 695 episodes in the process? Why doesn’t this count as a much longer ‘consecutive’ run? Surely 695 consecutive episodes beats 203, doesn’t it? Doesn’t it?”

Maybe, maybe not. I suppose the same argument could be made for fans of Star Trek. It has been a franchise for 40 years with 5 series all following the same canon and timeline, plus the 10 feature films…but that is a whole other discussion.

We all wait eagerly to hear Guinness’ rationale on the subject.