The original DC comics “The Death of Superman” story crossover arc is a long form story that broke a few rules and a lot of sales records when it first came out in 1992-93.

This new DC Universe animated feature condenses the comics storyline, and utilizes a more faithful Doomsday than was used in the recent DCEU feature films (and that’s entirely too long an argument to keep having, so we’re not even going to talk about it here).

The feature follows Clark Kent coming to new realizations about the relationships he has with his fellow Justice Leaguers, and with his friends and colleagues at The Daily Planet. At the heart of his current conflicts is his romantic relationship with Lois Lane and his desire to shield her from the danger of knowing he’s Superman.

Throwing a handful of interpersonal conflicts into the mix forcing him to confront and question his strict secrecy adds a little bit of depth to the story, bringing in a few new elements from the comic, which makes the impact of what happens on the people connected to Superman that much more affecting. 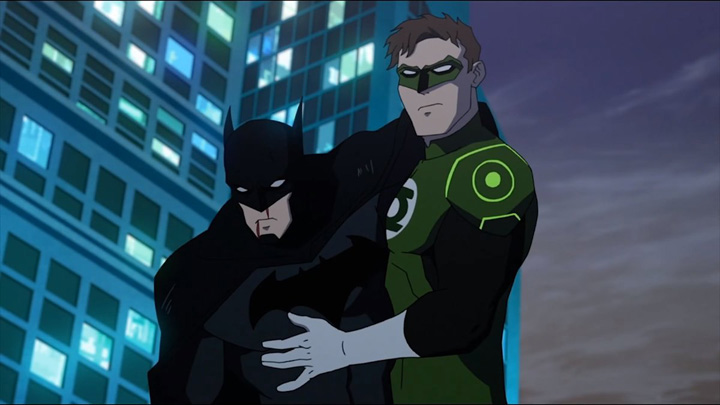 After Doomsday lands and begins destroying everything and everyone that crosses his path, we see how when members of the League fall, one by one, how much everyone anticipates that Superman will arrive and prevail, as usual. As the fight progresses and everyone realizes that Doomsday is equal to and perhaps stronger than Superman, we feel the worry through their reactions. Cutting back and forth during the action to people who believe in Superman and are having trouble grasping that they are watching him up against an adversary who is matching and bettering his every blow adds to that tension and the emotional crash we know is coming.

“The Death of Superman” animated feature is an entertaining addition to the DC Animated Universe, and combined with the upcoming “Reign of the Supermen” in January 2019, it’s an easy bet that both animated films will be an adaptation more faithful to the original comics and likely more satisfying than the other interpretations we’ve seen so far. 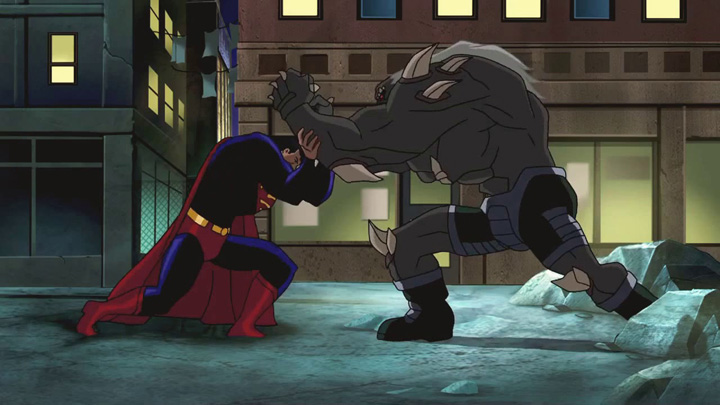 The Blu-ray edition contains several special features that add more to the story. The featurette “Death of Superman: The Brawl That Topped Them All” goes into detail about the creation of the comic, especially the 4-issue finale that was solely focused on the fight between Superman and Doomsday. The creators talk about the design of the comics, both the covers, and the internal pages, and even about how the fight needed to be epic in nature, akin to Ali vs Foreman and Tyson vs Douglas.

One interesting addition is the inclusion a 2007 Legion of Superheroes animated 2-parter, “Dark Victory”, that tells the story of Brainiac 5 falling to his darker Brainiac 1.0 influences, and during the ensuing battle against the League, he kills Superman.

Finally, there’s a sneak peek at the next installment of the DC Animated Features, “Reign of the Supermen”, which tells the story of the 4 entities that tried to replace Superman while the world is still mourning his loss: Cyborg Superman, The Eradicator, Superboy and Steel. Look for “Reign of the Supermen” in January 2019.

“The Death of Superman” ultimately finds Superman in a fight to the finish when the Man of Steel becomes the only hero who can stand in the way of the monstrous creature Doomsday and his unstoppable rampage of destruction.

As the inaugural film in the DC Universe Movies series, “Superman Doomsday” told an abridged version of “The Death Of Superman,” DC Comics’ landmark 1992-93 comic phenomenon. But with a runtime of 75 minutes, the film focused on a core, singular storyline. The new, animated “The Death of Superman,” the first of a two-part film experience that will conclude with “Reign of the Supermen” in early 2019, restores many of the moments and characters that fans hold dear to their hearts.

"The Death of Superman"

“The Death of Superman” animated feature is an entertaining addition to the DC Animated Universe, and combined with the upcoming “Reign of the Supermen” in January 2019, it’s an easy bet that both animated films will be an adaptation more faithful to the original comics and likely more satisfying than the other interpretations we’ve seen so far.