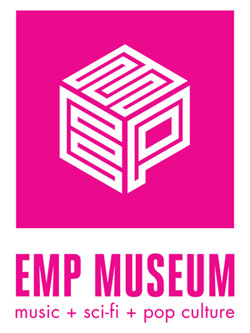 From July 1 through September 30, EMP, in partnership with the Seattle International Film Festival (SIFF), is encouraging original and creative science fiction and fantasy film submissions 15 minutes or shorter in length for the festival. Submissions will be judged based on originality, quality, artistic merit, innovation, voice, style and narrative.

They are looking for animated or live-action submissions in science fiction (examples: futuristic stories, space adventure, technological speculation, social experiments, utopia and dystopia) and fantasy (examples: sword and sorcery, folklore, urban fantasy, magic, mythic adventure), and welcome submissions that step outside the boundaries of reality and inspire a sense of wonder.