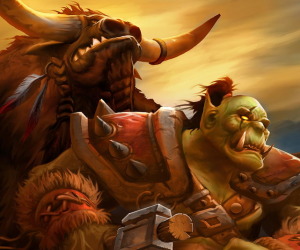 Blizzard Entertainment has decided to pull the plug on their gestating MMORPG Titan.

The game went into development a little under ten years ago as a big followup to the company’s highly successful World of Warcraft. While not news that has been digested by all, those in the gaming world have been patiently waiting for Titan’s unveil since November 2004.

In an interview with Polygon Blizzard CEO Mike Morhaime laid his cards on the table and stated, “I wouldn’t say no to ever doing an MMO again, but I can say that right now, that’s not where we want to be spending our time.”

“We had created ’World of Warcraft,’ and we felt really confident that we knew how to make MMOs,” Morhaime added. “So we set out to make the most ambitious thing that you could possibly imagine. And it didn’t come together … “We didn’t find the fun,” Morhaime continued. “We didn’t find the passion. We talked about how we put it through a reevaluation period, and actually, what we reevaluated is whether that’s the game we really wanted to be making. The answer is no.”