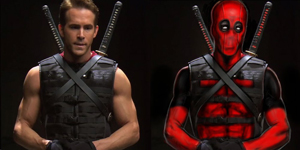 The long gestating X-Men spin-off centering on Deadpool, a.k.a. Wade Wilson and played by actor Ryan Reynolds in X-Men Origins: Wolverine, has received a release date of February 12, 2016. However, casting has not been set in stone although it is expected Reynolds will likely be returning to the role.

Marvel and 20th Century Fox are collaborating for the film and have picked Tim Miller to direct. Miller is best known for his short film Rockfish. X-Men: Deadpool will be his first major film in the center seat.

Although a story focusing on Deadpool has been lingering on the top shelf for quite some time the recent domestic and international success of Marvel’s Guardians of the Galaxy has given the studio the impetus it needed to give the character another look.