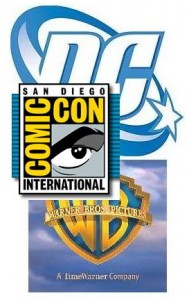 According to a scoop by NikkiFinke.com we can now know what the Warner Bros/DC Comics roll-out will be for the next four years.

At next month’s San Diego ComicCon the two studios will unveil their superhero movie schedule that will start with the already announced release of the big Batman v Superman: Dawn of Justice film that will star Ben Affleck as the caped crusader with Henry Cavill reprising his Superman role.

The rest of the unveil in July should go something like this if Nikki Finke’s source is correct: