At this year’s big Xbox event at the Galen Theater in Los Angeles Microsoft announced that its HALO franchise is about to get a boost from the likes of Ridley Scott (Alien, Blade Runner, Prometheus), Steven Spielberg (Jaws, Close Encounters of the Third Kind, E.T. the Extraterrestrial) and Sergio Mimica-Gezzan (Battlestar Galactica, Falling Skies, Under the Dome). 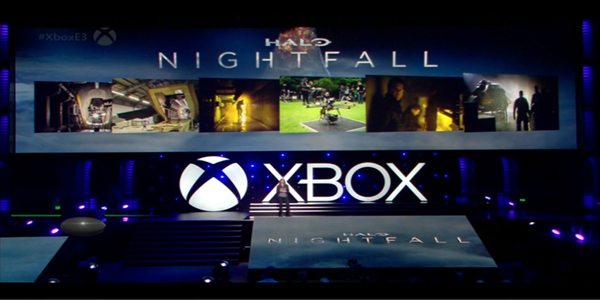 Scott will direct and produce the first live-action series with Halo:Nightfall for release on November 11, 2014 exclusive for the Xbox platform.

Spielberg is launching his own Halo relaunch with an as yet untitled feature that will be an original series that can be viewed on Xbox Live and will be seen on the Showtime premium network for its subscribers as a regular weekly series.

Mimica-Gezzan has also signed on to helm a Halo segment for the Xbox platform and possible continuing web series.

All of these Halo “updates” will be geared to work on the new Xbox One consoles as well as older Xbox platforms.