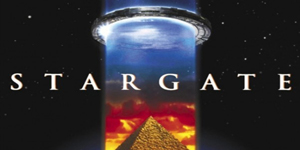 As early as 2011 and again in 2012 we wrote about rumors in Hollywood surrounding a revisit to the Stargate universe on the big screen from the original film’s writer and producer Dean Devlin.

Now, two years later since our last outing on the subject we can report that it is a done deal. Dean Devlin will again produce and Roland Emmerich, who directed and co-wrote the original feature is returning to helm the project.

This time MGM and Warner Bros. have opted for a Stargate trilogy. There is no word yet on storyline, cast of characters, or if Kurt Russell and James Spader will be returning to their original roles. Currently it is way too early in the project for those kind of specifics so stay tuned here at Slice for updates.