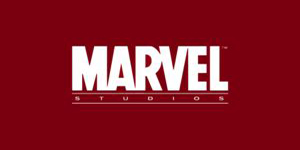 Marvel Studios and the ABC Network will present a television special premiere event on Tuesday, March 18, 2014 (8:00-9:00 PM ET) that will unite stars from the Marvel cinematic universe, comic and graphic novel world and the Marvel TV universe.

Called “Marvel Studios: Assembling A Universe,” the documentary prime-time special will see the coming together of filmmakers, television creators, pop culture icons, movie and television celebrities and fans of the various Marvel creations from all over the globe.

The special will look deeper into that universe than ever before through interviews and indepth investigation into the formation of Marvel, its record-breaking films, the cultural phenomenon behind Marvel comics and graphic novels and its newest endeavor into the live-action television market.

Fans will get to see more new footage for upcoming Marvel theatrical releases such as “Captain America: The Winter Soldier,” “The Avengers: Age of Ultron,” and “Guardians of the Galaxy.” Sneak peeks of future episodes of ABC’s hit series “Marvel’s Agents of S.H.I.E.L.D. are also on tap for the special.