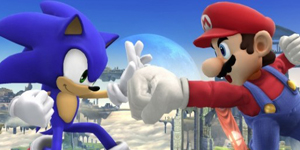 Actor/writer/producer Seth Rogen, known mainly for comedy films that have a sharp edge of satire, is moving out of his comfort zone and will write a dramatic thriller that will bring to light the 1980’s and 90’s battle between Nintendo and Sega to capture the blossoming game console market.

Rogen’s screenplay will be an adaptation of the yet-to-be released book by Blake Harris titled “Console Wars: Sega, Nintendo and the Battle that Defined a Generation.”

Writing with Rogen will be the film’s director Evan Goldberg. These two teamed up before with the sleeper hit Superbad and the hilariously funny This Is The End.

The movie will simply be called Console Wars.