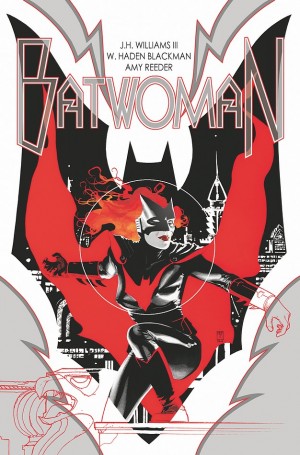 During its long history, DC Comics has offended fans with a variety of its editorial decisions. But two decisions from the last several weeks have comic book fans scratching their heads and loudly crying foul in a variety of on-line forums.

The first is the decision to not allow Batwoman to marry her long time girlfriend Maggie Sawyer. That move led the creative team currently working on the book,  J.H. Williams III and W. Haden Blackman, to leave the series.   In a blog post, the co-writers said that issue 26 will be their last for the series and added, “In recent months, DC has asked us to alter or completely discard many long-standing storylines in ways that we feel compromise the character and the series.”  They added that DC has forbidden them from allowing the couple to get married in the pages of the comic.

Williams said that getting DC to approve the characters becoming engaged was also a major battle. On Twitter, he says the writing team was “told emphatically no marriage can result.” He also clarifies that this “was never put to us as being anti-gay marriage.”

This decision and the departure have set off a wave of protest among comic fans.

The second decision that has some fans re-considering their pull lists is a new contest to bring in young talent to DC.  The contest asks potential artists to draw popular character Harley Quinn in a series of four panels.   Here’s what DC is looking for in the contest:

PANEL 1
Harley is on top of a building, holding a large DETACHED cellphone tower in her hands as lightning is striking just about everywhere except her tower. She is looking at us like she cannot believe what she is doing. Beside herself. Not happy.

PANEL 2
Harley is sitting in an alligator pond, on a little island with a suit of raw chicken on, rolling her eyes like once again, she cannot believe where she has found herself. We see the alligators ignoring her.

PANEL 3
Harley is sitting in an open whale mouth, tickling the inside of the whale’s mouth with a feather. She is ecstatic and happy, like this is the most fun ever.

PANEL 4
Harley sitting naked in a bathtub with toasters, blow dryers, blenders, appliances all dangling above the bathtub and she has a cord that will release them all. We are watching the moment before the inevitable death. Her expression is one of “oh well, guess that’s it for me” and she has resigned herself to the moment that is going to happen.

It’s panel four that has set off a wave of controversy and protest on-line with some calling the request “misogynistic” and several saying they will cut down their pull list for DC titles.

What do you think of the controversy surrounding DC? Will you be curbing your pull list?