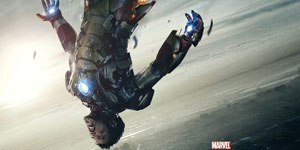 If you believe actress Gwyneth Paltrow, the third installment will be the last.

“I don’t think there’s going to be [an Iron Man 4]. I think we’re done with Iron Man,” she tells Bleeding Cool.

Of course, this could be a negotiating tactic for the actors involved with the film series.  Actor Robert Downey, Jr. hasn’t been signed to reprise the role in any other installments in the series and he’s hinted that he may move on from the franchise.