True Confession: This is not a review for those who are going to see this movie regardless of what I, or any other reviewer, say. Meaning it’s probably not for most of the world. However, it’s definitely for those on the fence about this movie and for those who feel they might just be burning out a teensy bit on superhero anything.

The Avengers, aka Earth’s Mightiest Heroes. By now, if you don’t know who they are you’ve been living under a rock and, frankly, you need to go back and start at Iron Man (the first one) to get caught up. Can you see this movie without having seen all the others? Sure. Would you want to? I kind of doubt it. And not because the film doesn’t give you enough backstory to follow what’s come before. But if you haven’t jumped on this train by now, what about this movie would make you take the leap?

But there’s really only one question in regard to this movie – is it as good or better than the first Avengers movie, which I thought was perfect?

Sadly, there’s really only one answer: no, not really.

First off, let’s get the tempest in a teapot out of the way. Yes, Tony Stark makes the “right of kings” joke. First off, 99% of the audience wouldn’t even know what the term “prima nocta” meant if the interwebs hadn’t gotten so worked up about it. And, before I get attacked, I’ve been a feminist for my entire life, and I’m saying it’s not “encouraging rape culture” so much as showing that Stark is a major jerk unless Pepper’s around to control him. Secondly, the joke is totally in keeping with Stark’s character (aka major cocky jerk). Thirdly – really, there is SO MUCH MORE that is WRONG with this picture, and that’s what everyone’s all upset about? Priorities, people. Priorities. 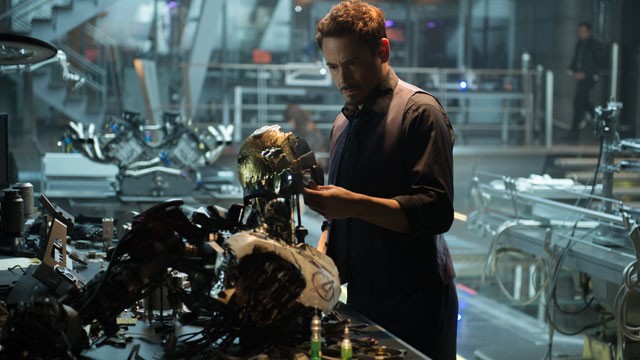 A short recap: Tony Stark and Bruce Banner mess with things man was not meant to do and create an artificial intelligence that decides to wipe everyone off the face of the planet. Or, as we call it, the Terminator movies. The Avengers bicker, fight, make up, and manage to save the day. The end. And Thanos is coming! Thanos is coming! And there’s still time for you to read up and find out why any of us should care.

I have a term I use to describe a film that’s great, absolutely riveting while I’m in the theater and then, the moment I leave and think about the movie, becomes filled with plot holes you could drive a semi through: Spielbergian. (Just so you know where I’m coming from and all that.) Spielberg makes excellent eye candy movies that have gaping holes in logic you don’t notice while said movies are going on. And Age of Ultron was just such a movie. Great, absolutely riveting while on screen, and the moment it was over, left me going, “But… WHY?” And I’m not talking about the death of an Avenger, either.

So far, Marvel’s track record on “second movies” isn’t great – only Captain America: The Winter Soldier is as good a movie as its predecessor. Iron Man 2 sucked, Thor 2 was okay other than the systematic destruction of the Jane character and more physical destruction than you could shake a stick at, and the less said about any Hulk movie the better. And Age of Ultron suffers the same fate – it’s the middle of a trilogy, and instead of being The Empire Strikes Back (which is, let’s face it, the middle movie every other middle movie is and should be compared to) it’s a lot more Iron Man 2.

Cameos abound so, unless you like female supporting characters (like Pepper, Jane, Darcy, or anyone else other than Maria Hill), if you liked someone on the good guys’ side, you’re in luck, you’ll get to see him and say hi for a brief moment or two. (Unless you’re a Black Panther fan, and then you’ll get a quick thrill of being on his land and that’s about it.) The movie’s long, but you really won’t notice that. What you’ll notice is the destruction.

Oh, the destruction. We had a preview of San Andreas right before this movie, and for most of this movie I thought we were actually watching San Andreas, not Age of Ultron. There’s more destruction in this movie than in the first Avengers and Thor 2 combined. And it just gets overwhelming in all the wrong ways.

The light touch that writer-director Joss Whedon showed in the first Avengers movie is still there, a bit. But it’s mostly there in witty one-liners and comebacks, not in characterizations. Characterization attempts are there, but there’s so much going on, so much on the screen, that they get lost amid the massive destruction.

Also, the title is misleading. There is no “Age” of Ultron. There is a Week of Ultron, maybe. It’s a less snazzy title, but the idea of Ultron actually taking over and making things different, good or bad, isn’t really there. He’s going to light the fuse and watch the world burm because he really wants to be the Joker.

Ultron is the main problem because he comes out evil, presumably to move our plot along swiftly. But I’d have actually liked to see him come out just as Stark and Banner intended – as a good protector – and then have Stark fail him in some way (an easy request with Stark) and then go into “remove the Avengers threat” overdrive.

Plus, Ultron is, as described, totally powerful. And yet he doesn’t do obvious things (like take over Iron Man’s suit) that you’d expect a supervillain with access to do. He doesn’t even try. And it’s not to give Iron Man a sporting chance. It’s because no one seemed to think of it, Ultron least of all. 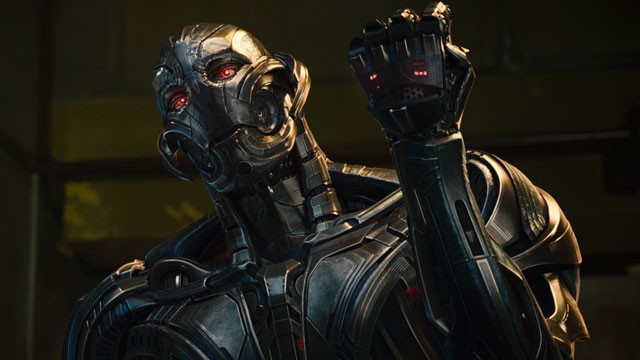 As it is, unlike the first movie, where they’re protecting the Earth from a terrifying alien invasion force, the Avengers are responsible for all the massive destruction around the world that happens in this movie. And yet they save some people so presumably all’s well that ends well. If there’s fallout, we don’t see it at the end of the movie.

On the plus side, the romance between Black Widow and Banner/Hulk is handled far better than I expected, though it still doesn’t ring nearly as true as the romance we all thought Widow and Hawkeye had going in the first movie. The explanation for this supposed romance (that we all saw, and I’ve seen the fan art to prove it let alone the arrow necklace Widow wore in Winter Soldier… but I bitterly digress…) was actually handled well, with the explanation being that Hawkeye is her beloved best friend (Whedon did the same with Xander and Willow on Buffy, so this is familiar ground for him), and that any flirtation with Cap in Winter Soldier was just that – flirting. I expected to loathe this pairing, but I felt the writing and the actors sold it all very well.

Hawkeye has a much bigger role, too, and they do answer the “why does the team even need Hawkeye?” question that’s been asked and joked about for quite a while. Hawkeye has key scenes and, most importantly, some of the only quiet scenes in this entire movie. Frankly, I could have done with more Hawkeye, if only because he’s the most relatable person for most of the film.

I still love Captain America (and Falcon) and am looking forward to the next Captain America movie. I still like most of the Avengers (though Iron Man is literally a jackass without Pepper and I don’t want to see another outing with him without Pepper around). However, I’m in no rush for whatever the Avengers have coming up next, even with Cap leading the team, because I’m just tired of film makers using massive destruction and loss of life as a way to fill time on screen and show us all that the stakes are high. What will they destroy next? All of Earth? The Moon? An alien planet?

A couple of years ago there were warnings that superhero movies were going to become such a glut that the audiences would rebel and move on. I’m close to that point now. Between Marvel and DC you cannot look at the TV or go to a movie theater without having multiple superhero choices. And while I love them all, I’m starting to see the repetitions – they’re becoming paint by numbers movies instead of thrilling experiences I want to relive over and over. While I honestly thought that Captain America: The First Avenger was the best movie of 2011 and The Avengers was the best movie of 2012, Guardians of the Galaxy wasn’t the best movie of 2014, and Age of Ultron isn’t the best movie of 2015, no matter what the box office says.

The Avengers: Age of Ultron

A couple of years ago there were warnings that superhero movies were going to become such a glut that the audiences would rebel and move on. I’m close to that point now. Between Marvel and DC you cannot look at the TV or go to a movie theater without having multiple superhero choices. And while I love them all, I’m starting to see the repetitions – they’re becoming paint by numbers movies instead of thrilling experiences I want to relive over and over.