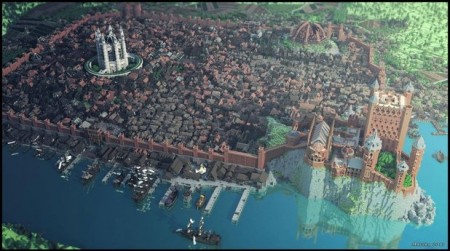 It took four months and a 100 users to realize a Minecraft recreation of King’s Landing from the popular TV series Game of Thrones.

Reddit user pizzainacup announced the news and put up screen captures of the accomplishment.

The recreation contains 3,000 unique buildings, all with fully decorated interiors, as well as custom trees and landmarks.

The map, which is not available to download, weighs in at 35GB, and is part of a bigger project to create Westeros in its entirety.

The project is said to be approximately 70% complete, and will eventually contain non-playable characters.