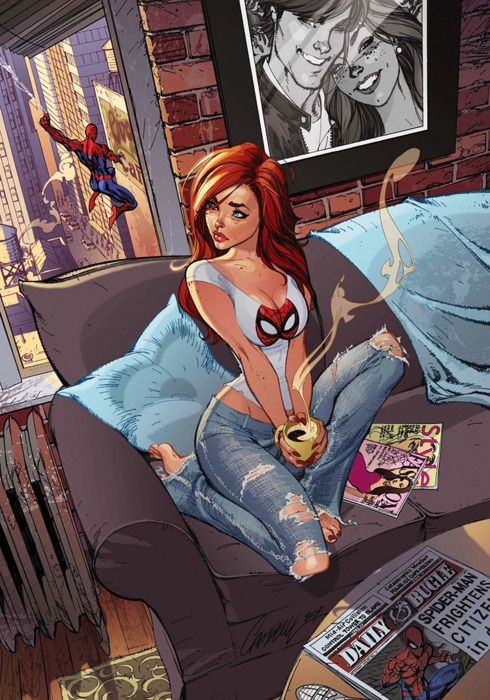 When an image of Mary Jane Watson, sitting on a couch and apparently pining for Spider-Man hit the Internet a few days ago, reaction was mixed (to say the least).

Many pointed out that the pose was in no way comfortable or in a way that most people would relax on their couch.

And then the meme started.

Fans have no begun mocking the image, trying to recreate the pose.  Some of the attempts have been posted in this thread for your viewing pleasure.