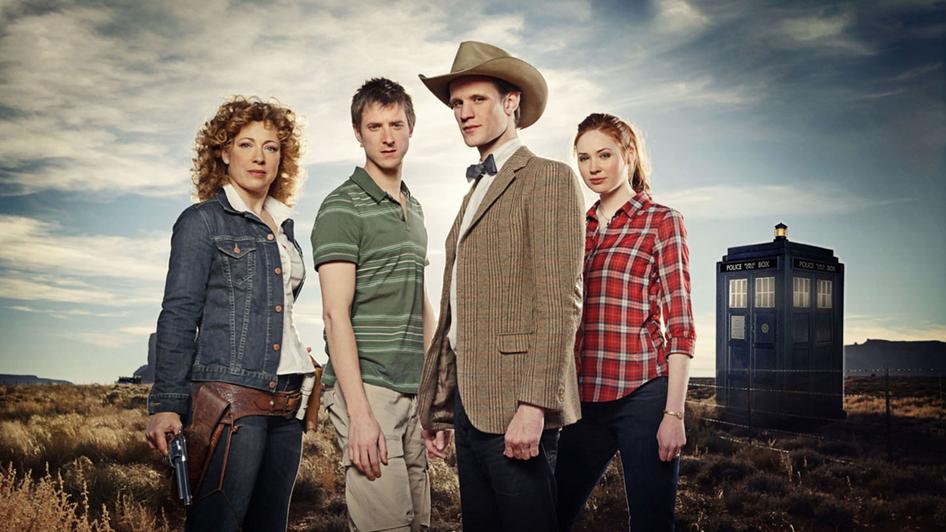 Seven years ago, I was really, really excited about the return of Doctor Who.  As a long-time fan, I’d endured the wilderness years when being a Doctor Who fan wasn’t necessarily cool, when merchandise was hard to find and every year on April 1, we got that inevitable the show is coming back thread cropping up.    So, when news came that Doctor Who was returning in the spring of 2005, I was excited but skeptical.   Finally, my skepticism was put to rest that Easter weekend in 2005 when the new series debuted and a new era of Doctor Who was born.

Seven years later, I was even more excited for the sixth series premiere of the revived Doctor Who.  After a stellar season first series under the guidance of Steven Moffat and the acting of Matt Smith, I was eager to see where things would go next. Each rumor I heard, each preview sent tingles down my spine in a way that hasn’t happened since season twenty-five of the classic series.

Add in that the series featured a two-part opener filmed in America and that the United States was getting the episodes on the same day as the U.K., and my expectations for series six in general and “The Impossible Astronaut” in particular were enormously high.

But were they too high?  Could one episode live up to all of that hype in mind?  Could Steven Moffat deliver again?

Thankfully, the answer so far is, yes, yes he can.

If you haven’t seen the episode yet, here’s where the heavy SPOILERS are going to start.  And as with all Moffat penned stories, the twists and turns are better if you go in completely unaware of them.  Just let the episode wash over you and enjoy it.

That’s what I did.

Once again, Moffat’s script is intent on playing with the notion that Doctor Who is a show about time travel.  And while it could seem that Moffat falling back on old strengths, it’s interesting that each story he’s done investigating how time travel impacts the Doctor and those he comes into contact with has kept raising the stakes.  Last year, the nature of time travel was used to save the entire universe. This time around, it’s more personal with the Doctor killed in the opening ten minutes and Amy, Rory and River left to pick up the pieces.  The Doctor has apparently sent invitations to several of those involved in creating the scenario in which someone in an astronaut suit will gun him down and then shoot him again mid-regeneration.   But what led to this and why?  And what is the Doctor up to with sending warnings and setting up this scenario?  Is he trying to avoid the situation or is he creating it?

Moffat’s script doesn’t try to answer these questions just yet, but I have a feeling that even beyond the resolution in next week’s story of this plotline, these questions will continue to inform series six.   Also, the line of the Doctor running harder than he ever has is interesting.  What is trying to catch up to him?  Is it part of the silence falling that we heard about last year, but was left unresolved?  Is it part of the cracks in time from last year?

But back to the specifics of this episode.

Moffat has been a writer who can create monsters that are creepy and unsettling.  We’ve got the Weeping Angels as well as the gas mask children from series one.  This time out, the monsters are something that are recognized when see but quickly fade from memory when not in view.  They’re encountered at various points in the story by everyone but the Doctor.

After assembling the old team, the Doctor and company head to 1969 and a mysterious call that President Nixon is getting each night from a child.   The child is  asking for help from the astronaut man.  The Doctor inserts himself into the situation and begins to figure out what the calls mean and where they’re coming from.  The leads to Florida, where the same person in a spacesuit shows up again as do the mysterious creatures.  Amy and River are trying to figure out if they should be working to make sure the Doctor doesn’t die in the future they saw and its implications.   Amy takes matters into her own hands when the astronaut suit reappears, leading to a cliffhanger than has be on the edge of my seat for next week.

As a story, “The Impossible Astronaut” is all about set-up.  It dripped with atmosphere, tension and solid work from the leads.  But to judge it fully, we’ll have to wait until next week when Moffat begins to give us some answers and knock over the chess pieces he’s put into play.   I can’t wait…