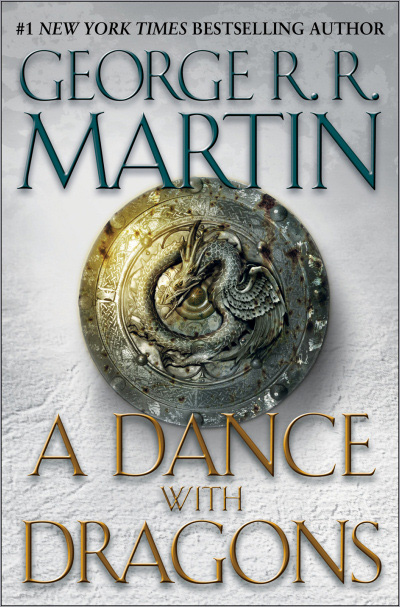 Fans of George R.R. Martin’s “A Song of Fire and Ice” mark your calendars.

The fifth installment in the epic fantasy series has a release date.

Entertainment Weekly broke the news on their site and says the latest installment will be the largest of the saga so far. The book could run over 900 pages in hardcover.

The magazine asked Martin why it took so long for the latest installment to hit stores.

“I’m not sure I have a good answer. If I did, I would have taken less time. It’s enormous. It’s as long as A Storm of Swords. It’s very complicated,” Martin says. “I have a lot of characters and points of view. And I’ve been doing a ton of rewriting, trying to get it where I wanted it to be. Some of these chapters I’ve rewritten more times than I can count before I’m satisfied with them.”

As for what fans can expect, Martin teased, “I don’t want to spoil any surprises. I can say all the characters people have been waiting for are there: Daenerys, Jon Snow, and Tyrion. There’s also new characters, and viewpoints from characters who did not have viewpoints before.”

It could be a huge year for Martin between the publication of the latest installment and HBO’s “A Game of Thrones” hitting screens in just over a month.