According to the L.A. Weekly blog, Los Angeles downtown club Bordello transformed itself to “a galaxy far, far away” this past weekend for a special show. Star Wars Burlesque reimagined a host of beloved characters from the film series. 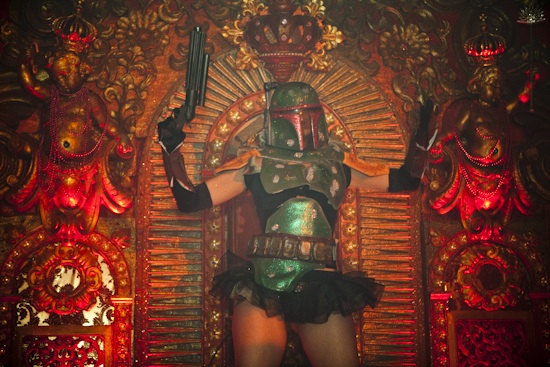 The show was a success and will be repeated on March 13. So if you’re in and around the L.A. area, you can make plans to attend.

And it appears that the show was more than just Leia in her slave costume and included Darth Vader, C3-PO, Jabba the Hutt, Boba Fett and a Storm Trooper. We’re including a sample of the photos below and if you want to see more, you can check out the full post HERE. 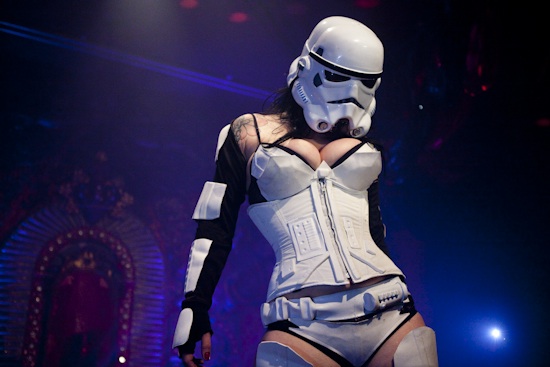