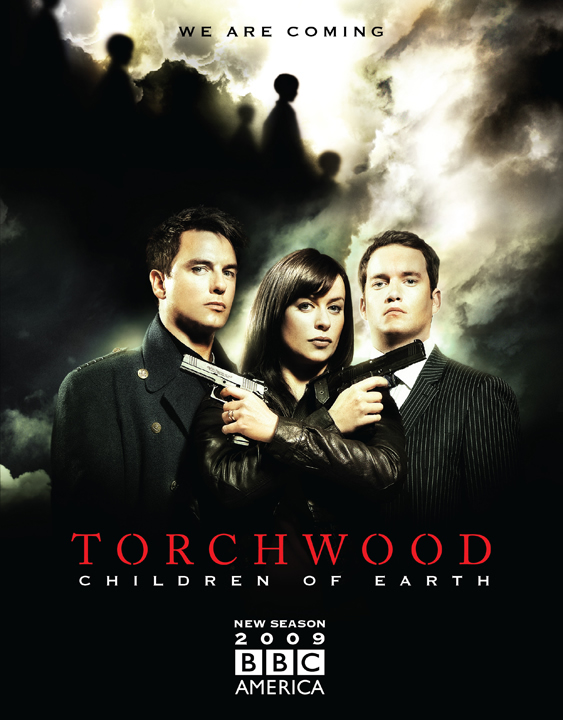 In the early 90’s, Virgin Publishing acquired the rights to publish a new range of original “Doctor Who” novels that would continue the stories and adventures where the classic series left off.  Called “The New Adventures,” one of the early selling points was that the novels could tell broader, more adult stories than the were allowed within the confines of the classic television series.

Unfortunately, this definition of “adult” meant that we got a bit more swearing and mentions of the companion’s frilly undergarments–at least for the first half-dozen or so novels.   Then somewhere around the time the series introduced popular companion Bernice (aka Benny) Summerfield to the line-up in Paul Cornell’s, “Love and War,” the novels finally grew up and began to tell stories that dealt with mature concepts  and situations and really did live up to their initial promise.

In many ways, that’s what I feel has finally happened in the third series of “Torchwood.”  Launched three years ago as a more “mature” spin-off to “Doctor Who,” the series has been obsessed for two seasons with swearing and the sex-lives of these characters.  It felt like what you’d get if you told a boy in sixth-grade to produce a series with few, if any boundaries for the adult content.

All of that changed in the third series as “Torchwood” finally fulfills its mission and promise in one of the most absorbing television events we’ve had in a long time.  Instead of being obsessed with sex jokes and random swearing, “Children of Earth” is truly a story for adults, full of grim situations and circumstances in which there are really no right choices, just the lesser of many evils.   Give writer Russell T. Davies a lot of credit–he sets up a virtually hopeless scenario for the people of Earth and, despite the obvious temptation, doesn’t take the easy way out.

And the storyline is the stronger for it.

Viewing the entire mini-series again on DVD, you will notice some of the pacing flaws and how a lot of the final episodes take place in essentially three rooms.  But these are minor compared to what Davies achieves in terms of writing and storytelling across the five hours of this event.  And yes, it is an event.

It’s one that, I’ll argue, shouldn’t be watched all in one big five-hour gulp.  Instead it should be savored episode by episode, allowing the true ramifications of what’s happening to sink in and allowing you to become swept up in the events unfolding on-screen.  Davies pulls out all the stops, including the death of a popular character.  That death is one of the darkest moments in the story and fully contrasts how different “Torchwood” has become from “Doctor Who.”  On the original series, the death would be noble and have meaning, here on the darker “Torchwood,” the death is a senseless one that has little or no meaning in the final analysis.  It’s the perfect moment for the show and where you can really see “Torchwood” stepping out of the long shadow cast by “Doctor Who.”

And while it is a great series, the ending will leave viewers at a crossroads.  I know the mini-series was a critical and commercial success, but if they ended the series here, I’d be fine with it.  “Children of Earth” is not only the series growing up but also serves as a great potential high-note to go out on.

As for the extras, there aren’t the wealth we got on the season one set, but they’re at least slightly better than the season two set.   The main extra is an episode of “Torchwood: Declassified” that looks at the creation of the mini-series event and features conversations with all involved in the various stages of production.  It’s not earth-shattering but if you’re a fan, it’s definitely worth a look.

But make no mistake–the selling point of this set is the episodes themselves.