“…for those who, millennia ago, had no choice…this is the hour of their final, inescapable destiny.” 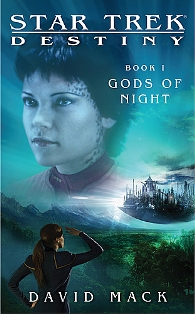 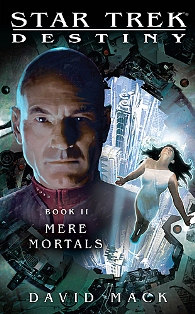 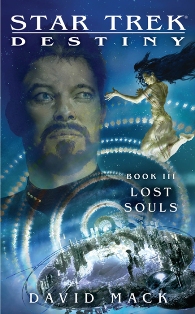 From author David Mack, his trilogy brings the United Federation of Planets and the entire Alpha, Beta, and Delta Quadrants to a point they have never really been before — total annihilation from literally thousands of mega Borg cubes containing millions of Borg, all driven by the insatiable desire of their Queen to eliminate humanoid life from the Milky Way Galaxy once and for all. Not assimilation but complete and utter desolation.

Everything has changed in Destiny. Familiar faces have changed dramatically, and notable characters are killed, MIA or assimilated. This is a Trek saga on the order of the darkest possible BSG.

Mack captures the very voice and nuance of all these familiar characters and takes the reader on a rollarcoaster ride of excitement, adventure, mystery and scientific discovery that covers nearly 800 years of human history.

At the center of it all is one lone early pioneer of going where no one had gone before, Captain Erika Hernandez, commanding officer of the missing-in-action crew of the starship NX-02 Columbia.

Star Trek Destiny – Book One “Gods of Night”; Book Two “Mere Mortals” & Book Three “Lost Souls” is an astounding achievement in Trek storytelling that could only have been accomplished by a sci-fi author of Mack’s caliber.