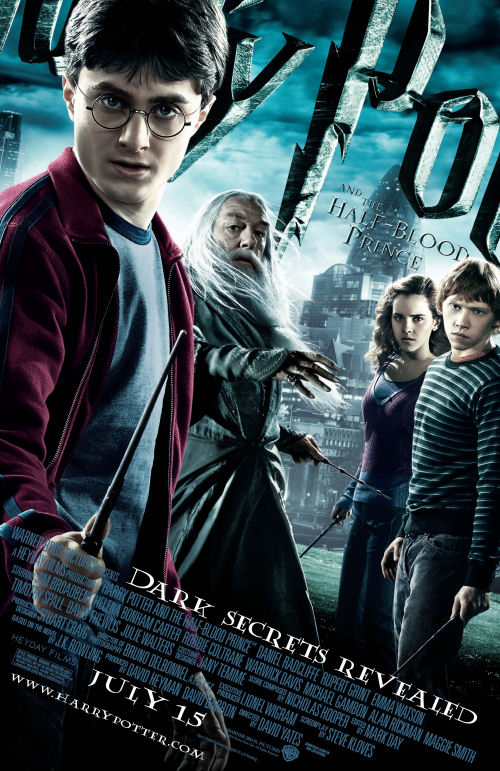 Director David Yates says the latest movie in the Harry Potter franchise feels like the first installment in a trilogy and that audiences won’t believe how much the actors who bring the denizens of Hogwarts to life have grown up since the last time we saw them.

“It’s actually about sex, potions and rock ‘n’ roll,” Yates told SciFi Wire.  “It’s a wonderfully fun, slightly rebellious, quite naughty stage of teenage life, when you’re kind of discovering the opposite sex. … In the previous film, it was about the first kiss. This film is a bit more sexualized than that. You know, in a way. We don’t see sex, but it’s kind of in there. And the relationships are a bit more complicated and romantic and convoluted. So we’re pushing into new emotional and kind of physical territory for ‘Harry Potter’, you know, in a way, so it’s quite playful and fun.”

Yates, who is directing the final three installments of the franchise, said he enjoyed the intensity of the “Harry Potter and the Half-Blood Prince.”

“This has intensity, but it’s very playful, and there are some terrifically funny scenes,” he continued.  “And six is a much lighter, more playful book than five was. It still has some tremendous intensity at the end of the story, but it’s got lots of laughs, too, and for me, as a director, what’s lovely is to change gears a little bit, and that’s why I wanted to do it. I didn’t want to make a kind of film about teenage angst, I wanted to make a film about teenage romance.”

As for his cast, Yates said that seeing them all grow up in the roles has been a fascinating journey.

“Emma has become much more confident,” he said. “I mean, she was confident before, but … her acting … is becoming more effortless. Dan’s been off and done ‘Equus’ and some television things, a television film, and he’s grown a lot more confident and matured a wee bit. And they’re all getting a wee bit older, and the material allows them to take a few more turns. … They’re getting better, as they should be as they get older, you know, so it’s encouraging and enjoyable to see the whole [evolution].”

“Harry Potter and the Half-Blood Prince” opens in theaters on Wednesday, July 15.