The reboot of the Spider-Man universe has been given a reset…at least in the daily comic-strip adventures of Peter Parker and his alter-ego.

The daily comic-strip version, which runs in syndicated newspapers acorss the nation and world, recently followed the official canon reboot of the character.  The reboot found Peter and Mary Jane Parker making a deal to ret-con their marriage and save Aunt May from death.  Peter is now single and taking pictures for the Daily Bugle, though other elements of the Marvel Universe stayed in play.

However, some readers of the daily strip were upset by the change, leading to a protest.  Now, the series has ret-conned the reboot and finds Peter still married to Mary Jane.

Here’s the strip that put everything back to the way it was. 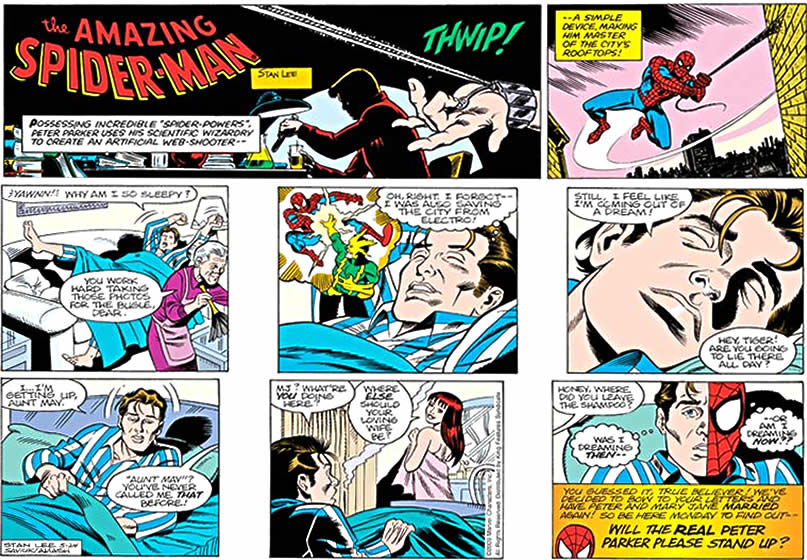