Slice of SciFi Rating: 5 out of 5 stars

“A fascinating, complex and entertaining (novel) that will keep the pages turning” 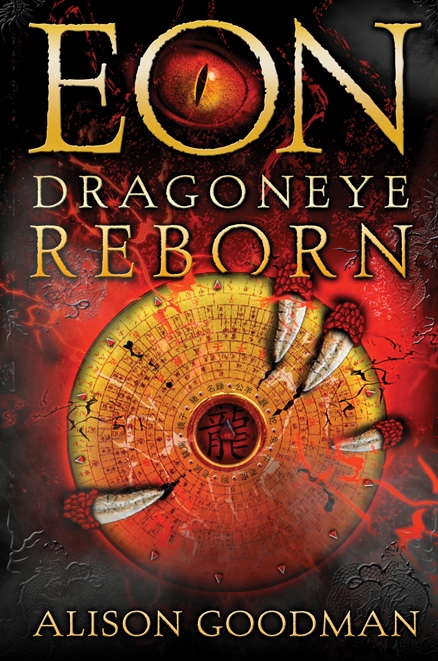 The success of the Harry Potter series with both children and adults has opened a lot of doors in the fantasy genre. Publishers have issued a plethora of a new series and stories intended to capture the imagination and passion of readers in a simliar way to the stories of the young boy wizard.Â  While a lot of these new fantasy stories have imitated what J.K. Rowling did with the Harry Potter novels, very few of them have really set the imagination on fire with an new, fascinating fantasy universe like J.K. Rowling did seven novels and one short story collection ago.

Which is what makes Alison Goodman’s “Eon: Dragoneye Reborn” such a treat.Â  It’s a new fantasy novel, written for young adult but which should find great crossover appeal with adults, that captures the magic and wonder I felt picking up the first Potter novel so many years ago.Â  “Eon” borrows some elements from the Harry Potter (and every other fantasy) universe, setting up a young underdog hero with potential for greatness undergoing extensive training against overwhelming odds.Â Â  “Eon” is the story of a young girl, in the running to be one of the twelve dragoneyes.Â  The Dragoneyes are the link between the spiritual world of the dragons and the physical universe.Â  To be chosen is a great honor–and one generally reserved only for males.

Eon is a female, secretly going through the training and testing as a male.Â  Her master saw great potential in her and went along with the ruse to win back power, favor and fortune for his house.Â Â  The gamble pays off in spades when Eon is chosen not just to be that year’s dragoneye, but chosen by the mysterious Mirror Dragon to be its dragoneye. Before you know it, Eon is plunged into rigorous training and the world of politics surrounding the dragoneyes and the emperor.

Goodman’s novel is a fascinating, complex and entertaining one that will keep the pages turning.Â  One of the fascinating aspects of the story is watching Goodman ground the “Dragoneye” universe a bit in ours, basing the political and social system on that of fuedal Japan and China but making it come alive in its own interesting and unique ways.Â  A good deal of the first half of the novel is spent on world-buidling, but it’s done in such an authentic, interesting way, building the character of Eon and those around her that it all feels natural and authentic.Â Â  And the pieces put into play in the first half begin to quickly play dividends in the second as revelations come fast and furious, all leading to the novel’s stunning and compelling conclusion.

“Dragoneye” is the first of a two-part story set in Goodman’s universe.Â  Thankfully, Goodman is able to resolve enough of the storylines to keep readers satisfied and make this a complete novel, while creating a cliffhanger and situation that will leave you wanting to pick up the next installment as soon as possible and find out what happens next.

“Eon: Dragoneye Reborn” is an entertaining, fascinating and fun fantasy novel that will delight both young adult and adult readers.