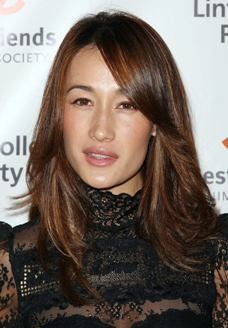 Maggie Q, the actress who starred as Bruce Willis’ bad girl nemesis in “Live Free or Die Hard,” has been signed-on by game maker Electronic Arts (EA) to be a major participant for its release of the video game “Need for Speed Undercover.”

Maggie will portray a FBI agent hot on the trail of a band of car thieves and appears as an avatar CGI character, as well as live-action sequences. With each new level of the game her character is able to enlist the aid of other agents to complete the mission.

EA plans on launching the game on November 18 for 12 different console platforms. The game will also go online and with mobile versions sometime in 2009.

EA chose Q because she is considered one of the world’s hottest new action stars, especially within Asian countries, the demographic EA will initially be releasing its online and mobile versions of the game to before it goes international.

“If you think of the current hot action star, it is Maggie Q,” stated Jon Niermann, EA’s Asian head honcho. “She helps drive the marketing, delivers quality and performance. It definitely helps.”

“I don’t play a virtual character or a video character, I play a character,” Q told Variety Asia. “Scenes were filmed over a week on a movie set, with a script and with real people. Several of the crew and camera people I’ve worked with before on ‘Mission: Impossible 3’ and ‘Die Hard’.”