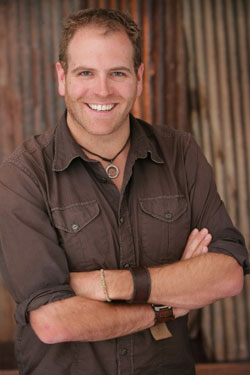 Slice of Trivia Kurt in St. George has 4 clips this week. Whoa! What’s the theme? Do you have a SF clip for Kurt to use on the show? Send your mp3 to sliceoftrivia at gmail.com

Our entire TV segment is dedicated to some of the things you can expect to find out when the new season of “Heroes” returns to NBC on September 22nd at 9/8C. While what we share can’t legally be defined as SPOILERS, some may want to fast-forward. Don’t blame Slice of SciFi for this information, it comes straight from NBC.

Interview: Josh Gates, show host and one of the producers for SCI FI Channel’s successful program “Destination Truth” joins us this week. “Destination Truth” is an one-hour travel show that investigates urban legends, the strange and fantastic, unique tales and age-old folklore with just the right touch of skepticism to make the show wonderfully interesting and fun to watch.